Erskine college built in 1905 is due for demolition this year and any day now the demolition crews will move in. Urbex Central decided to take one more visit back before it is gone forever, come say goodbye to one of Wellington’s most famous abandoned, ‘haunted’ whatever you want to call it, buildings. 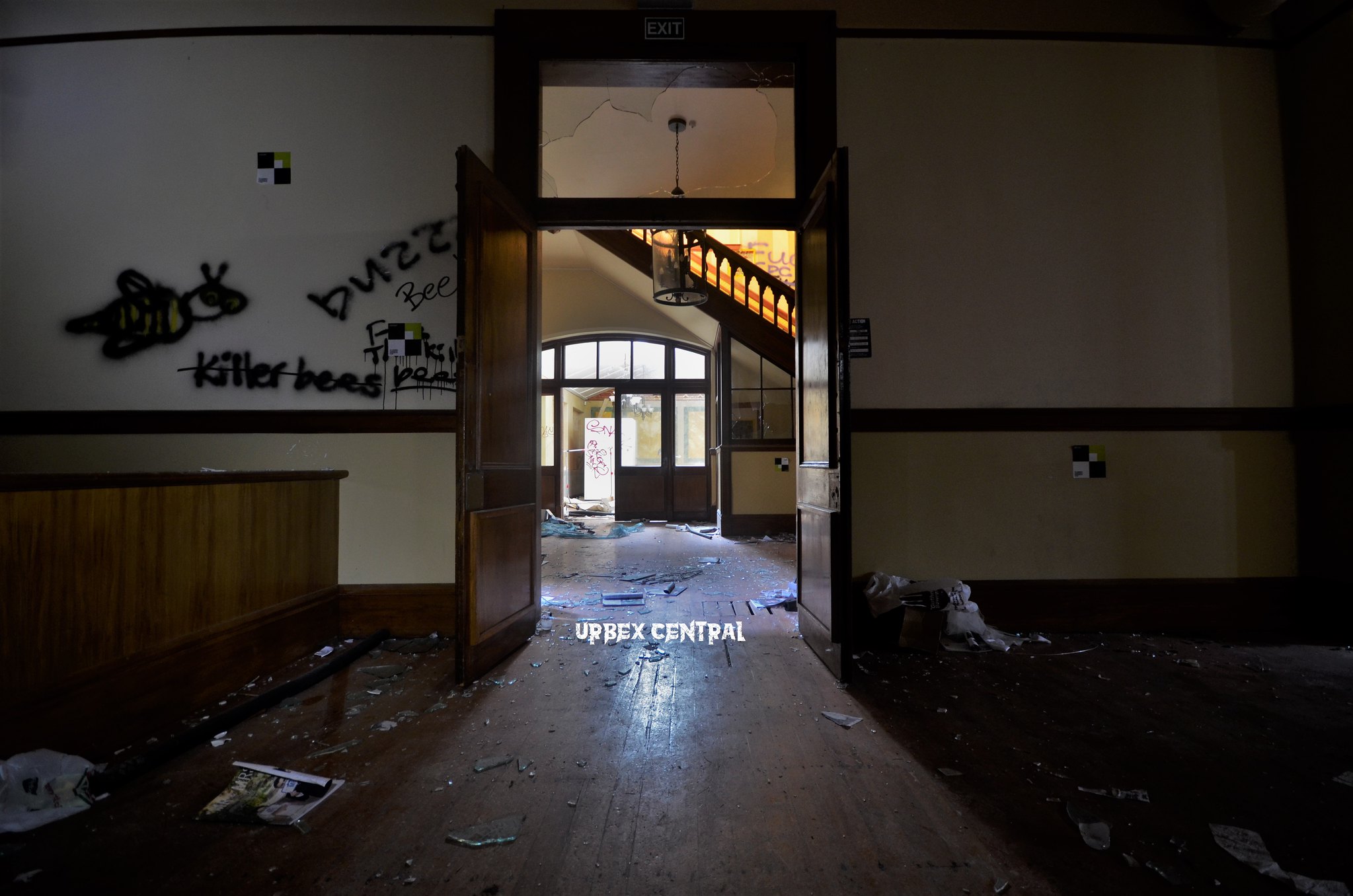 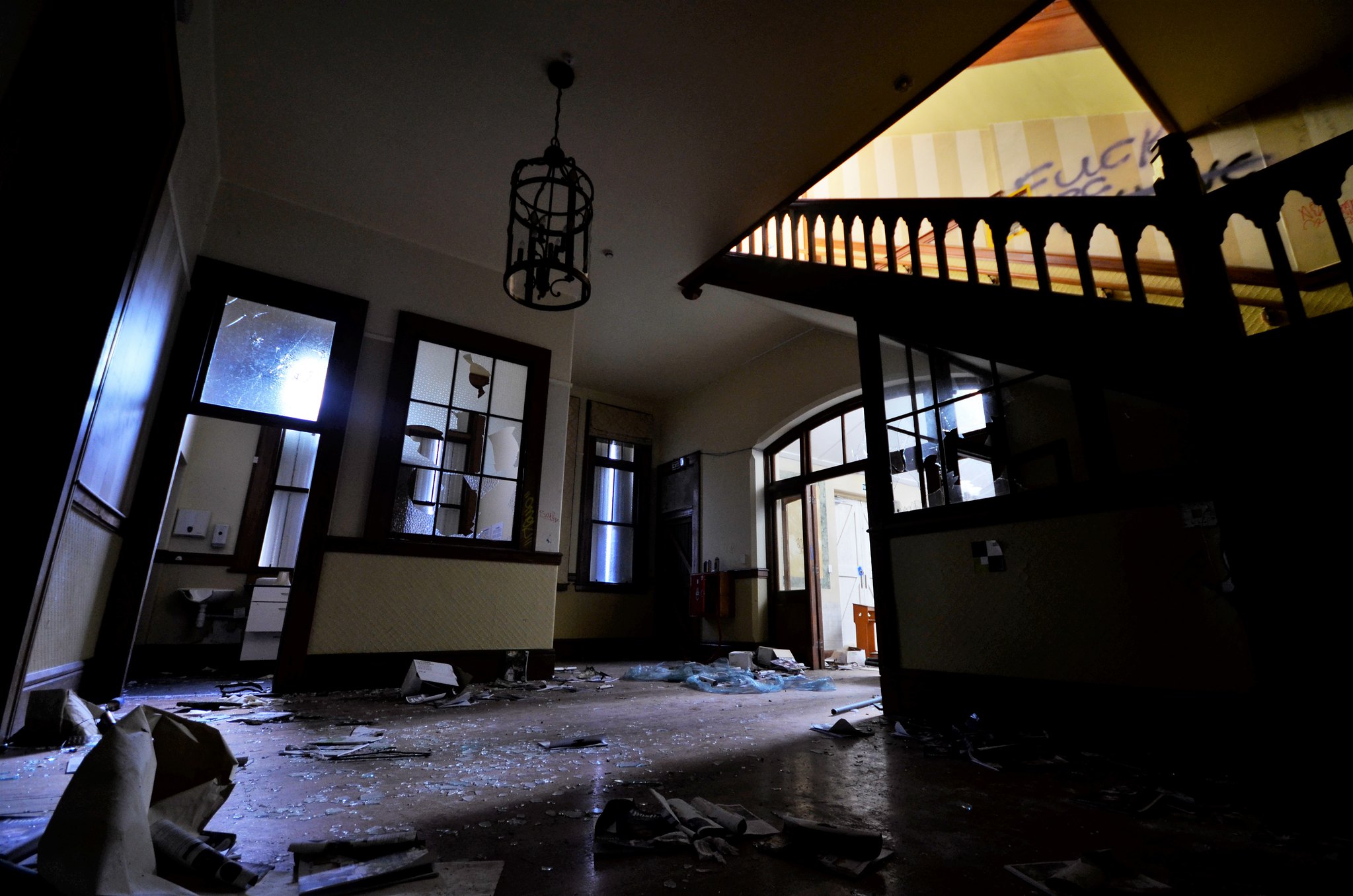 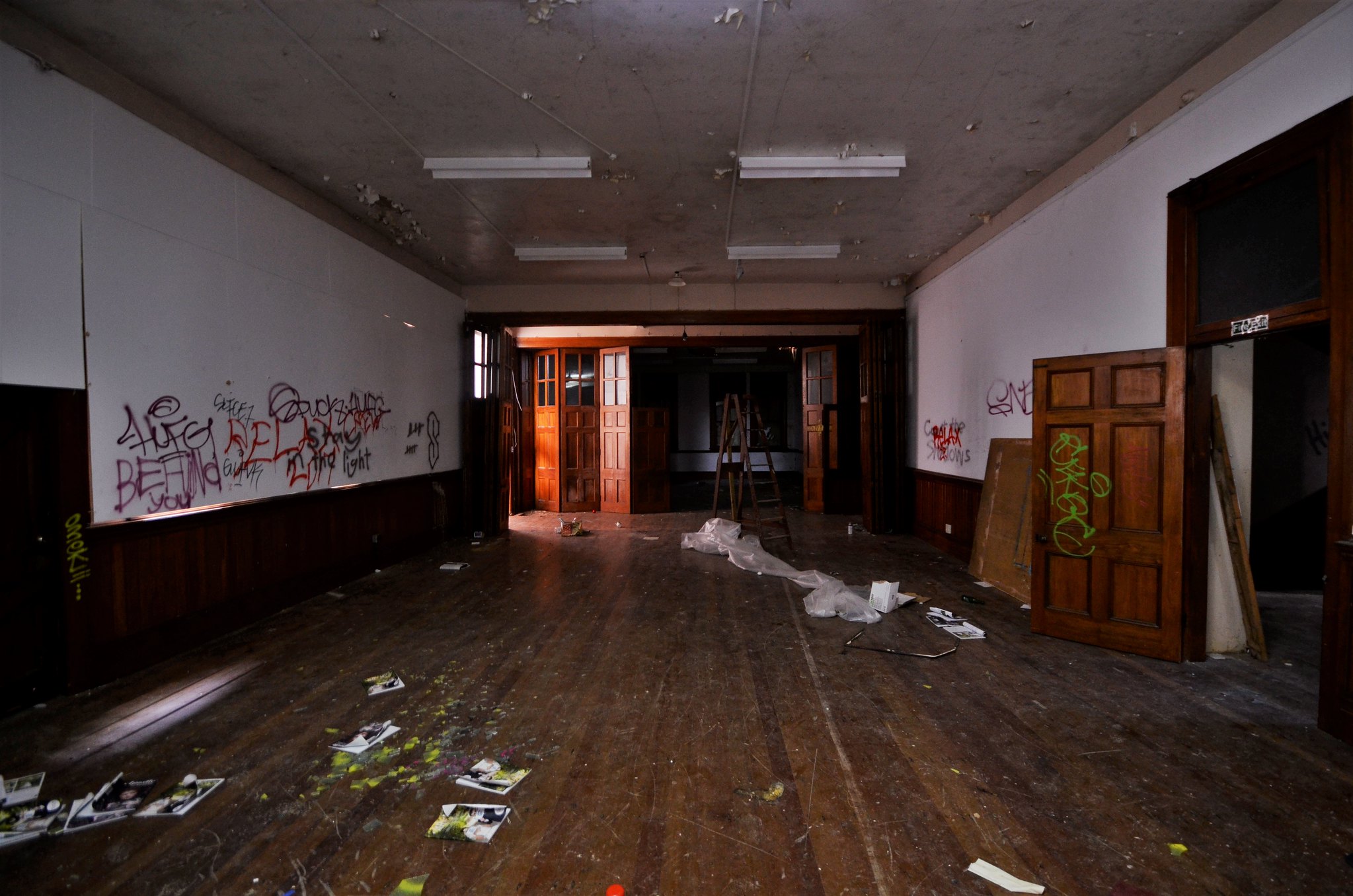 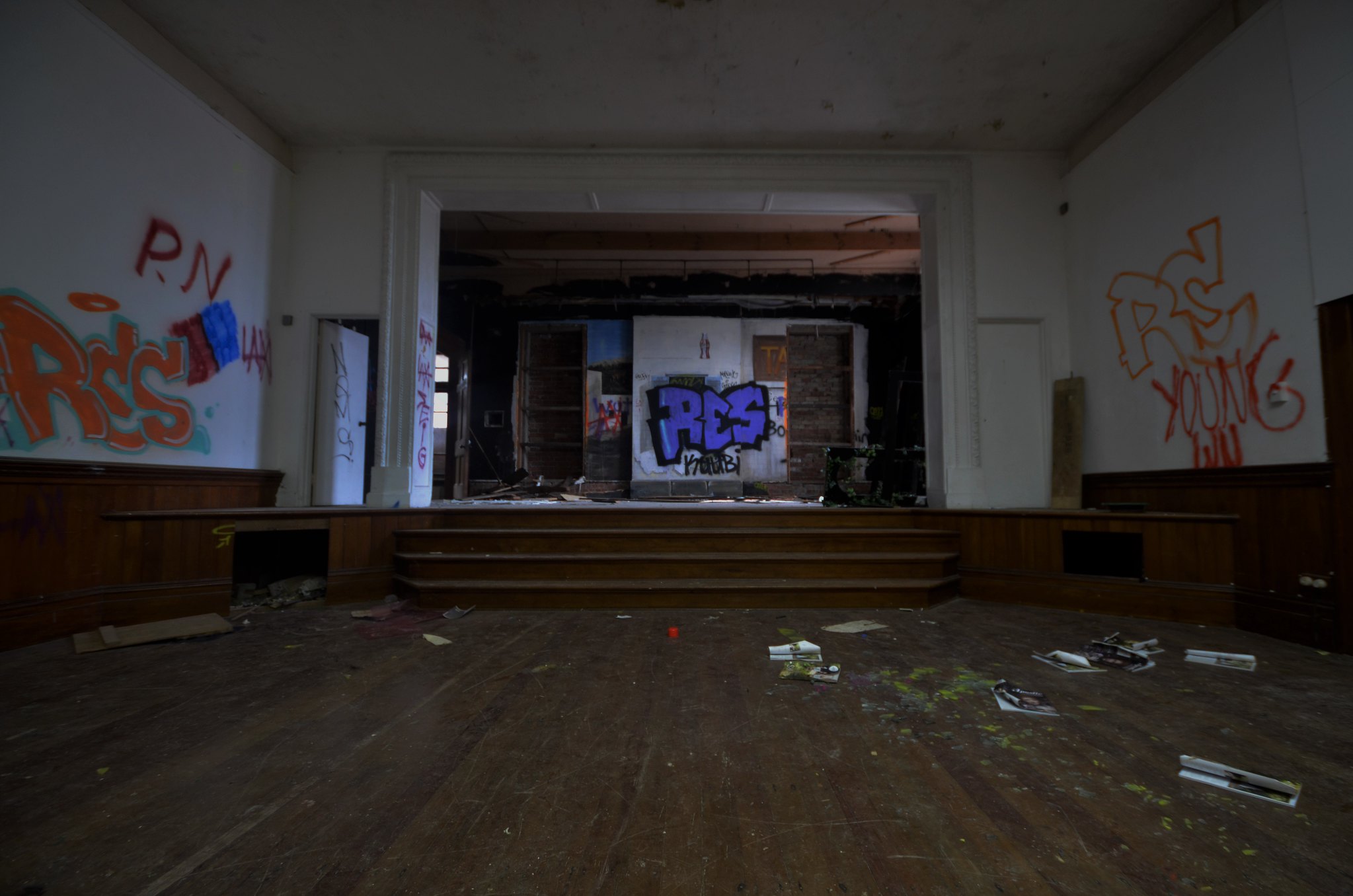 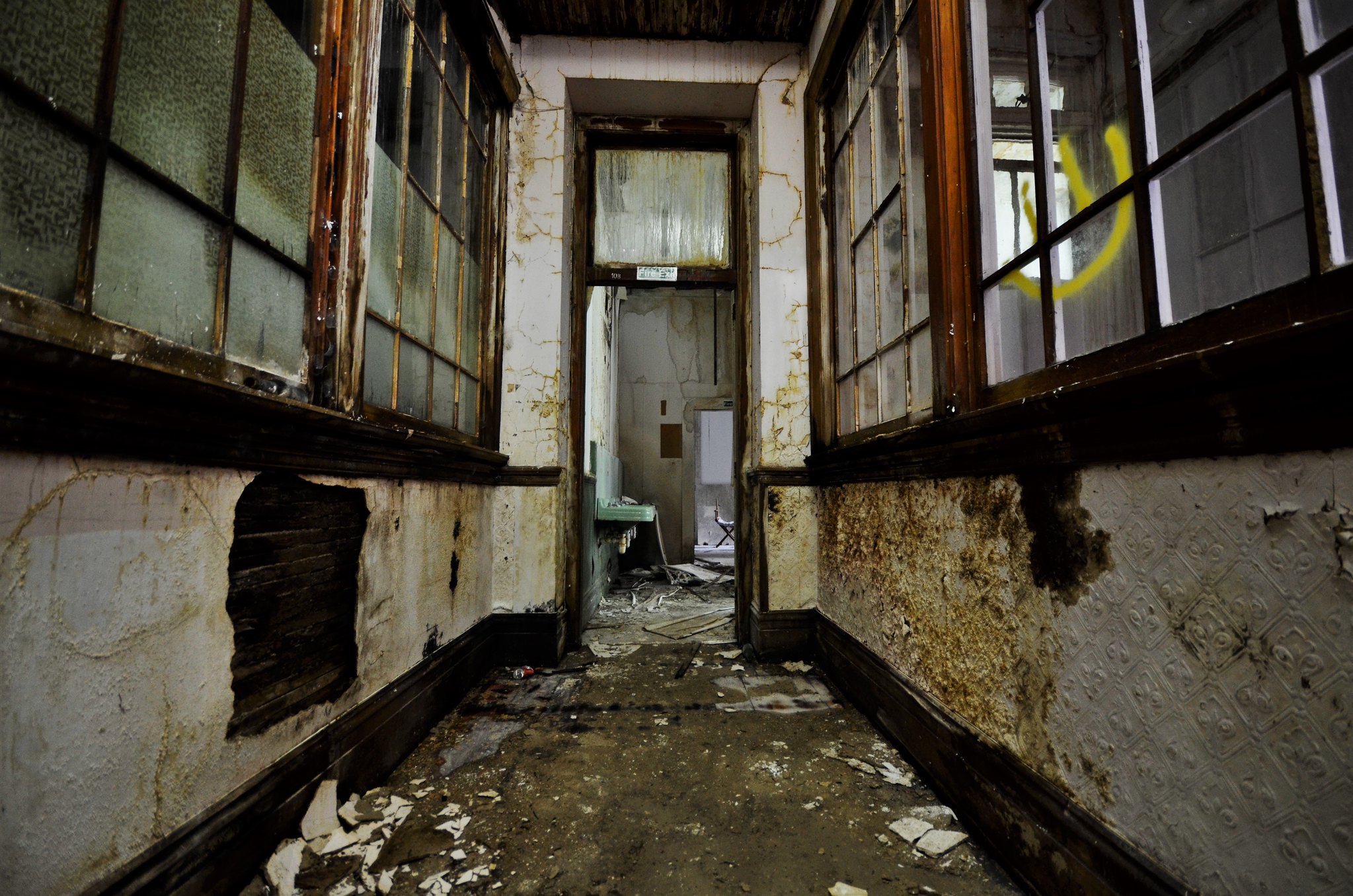 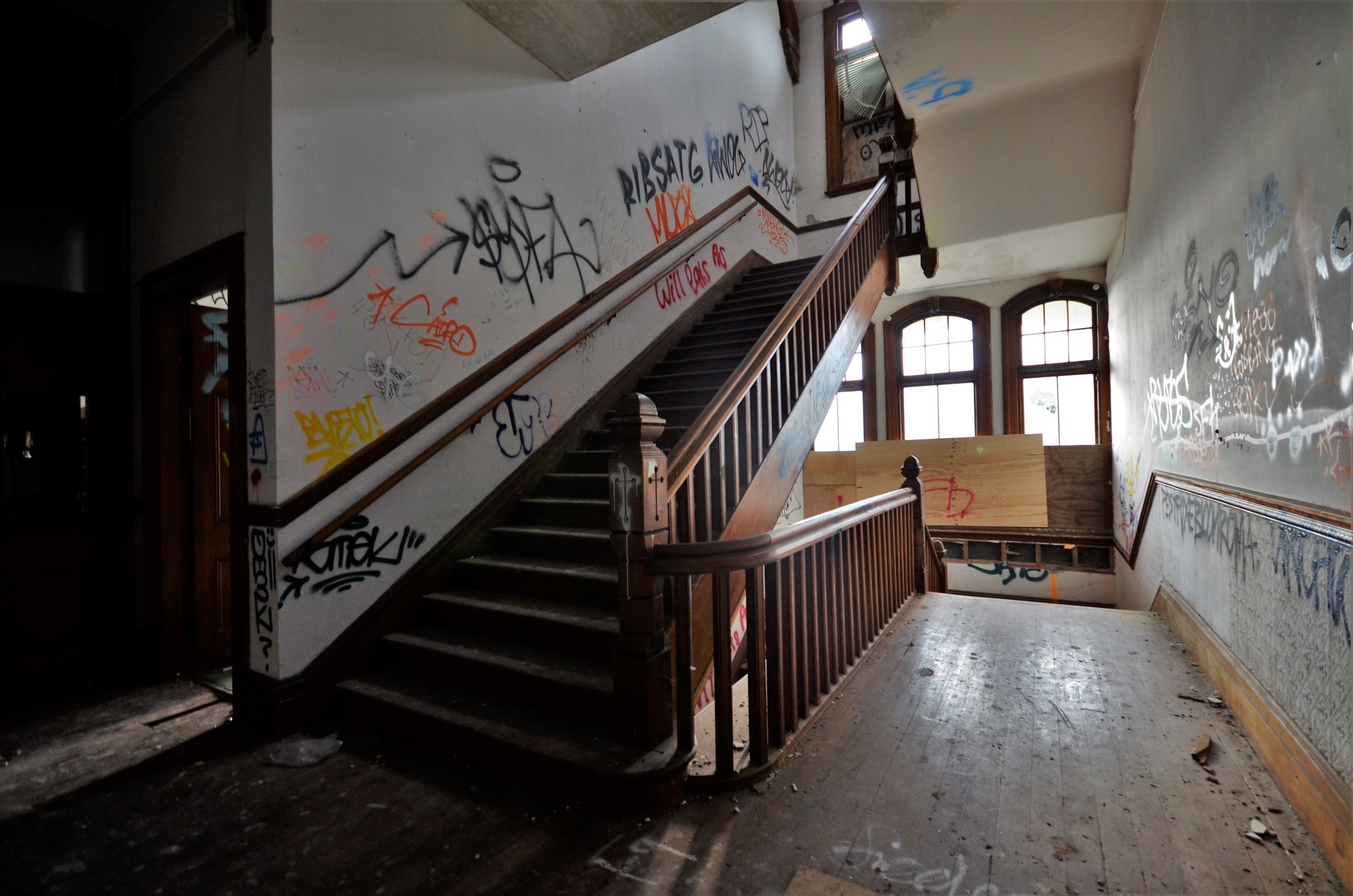 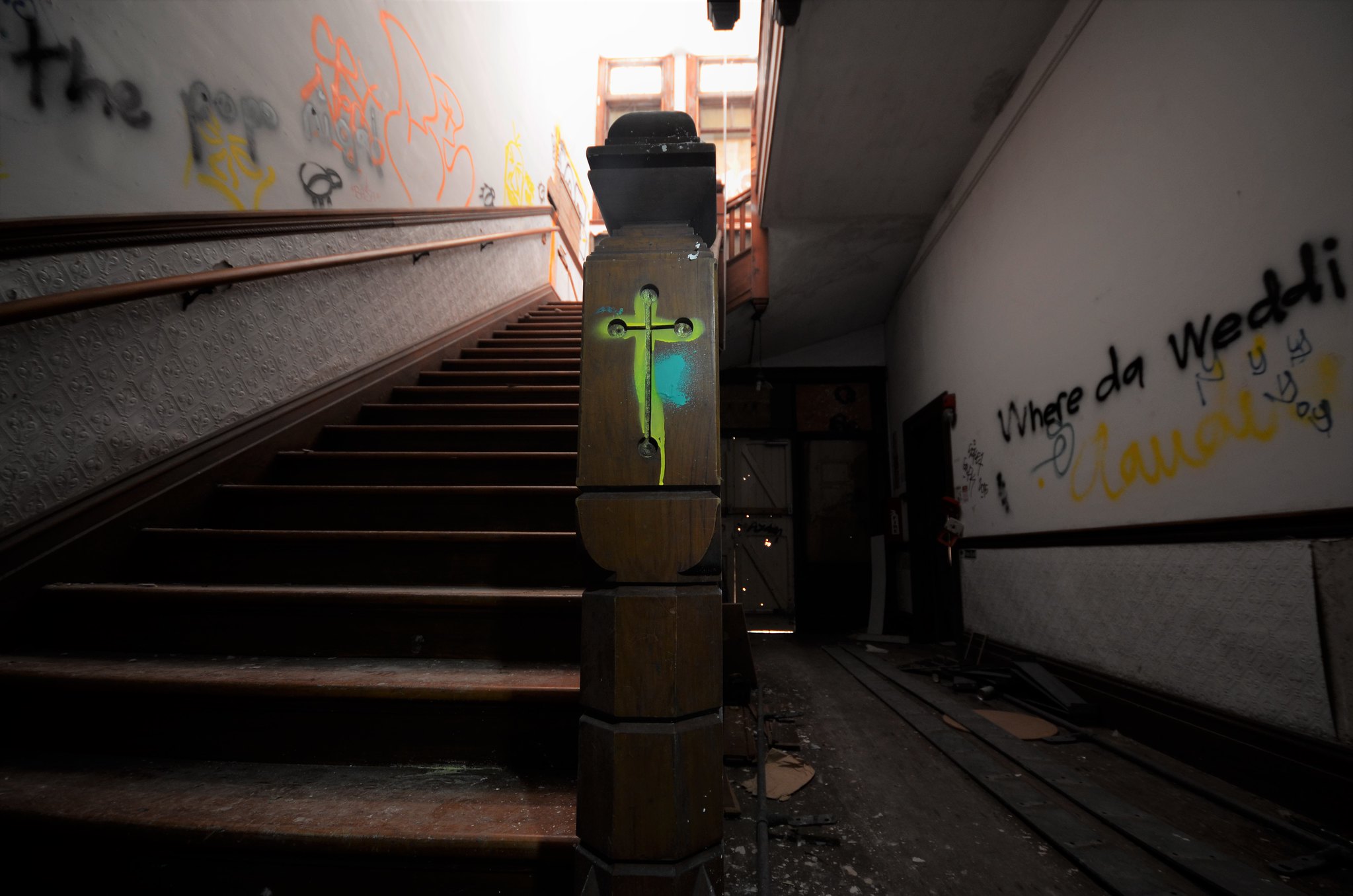 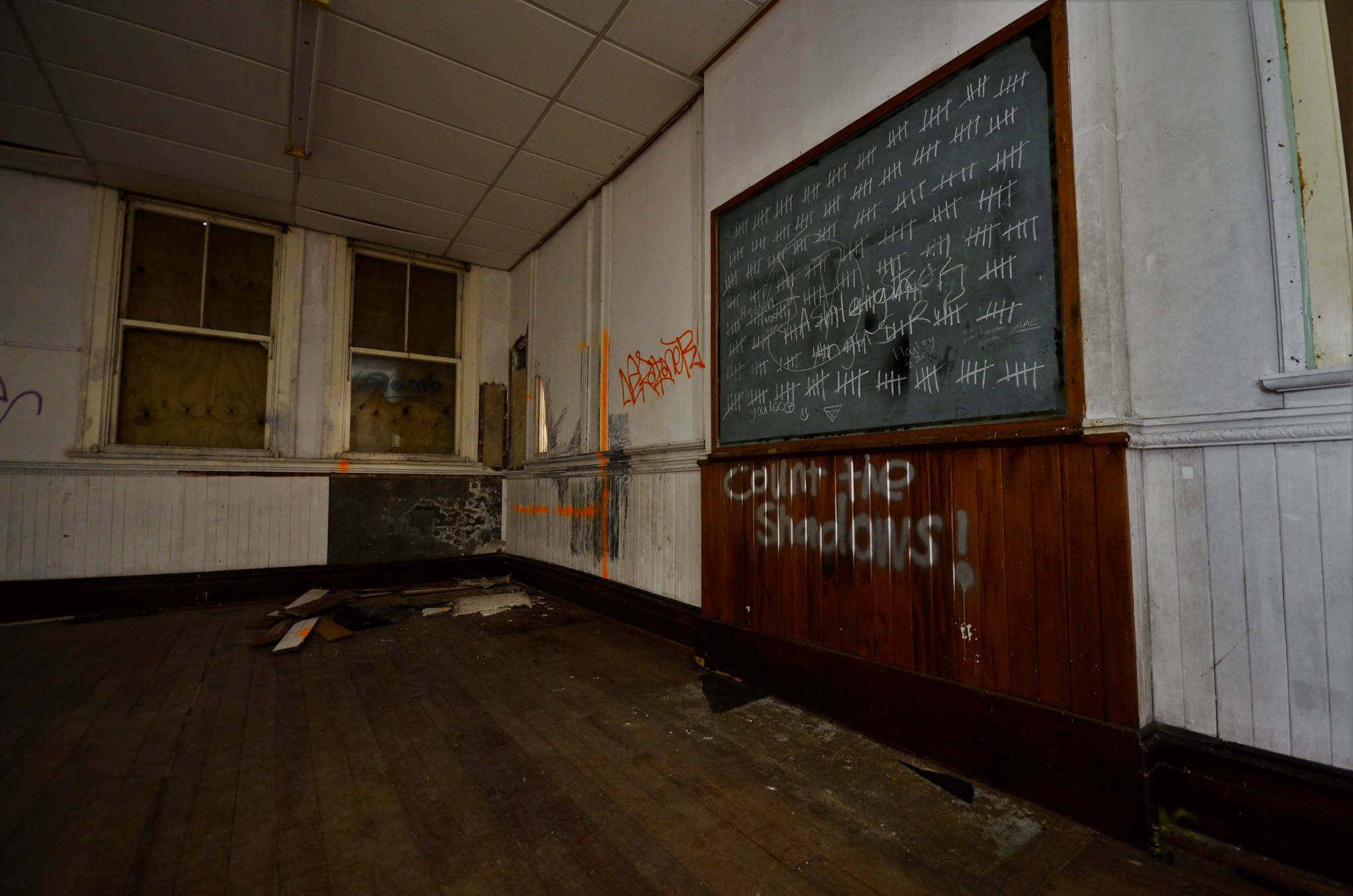 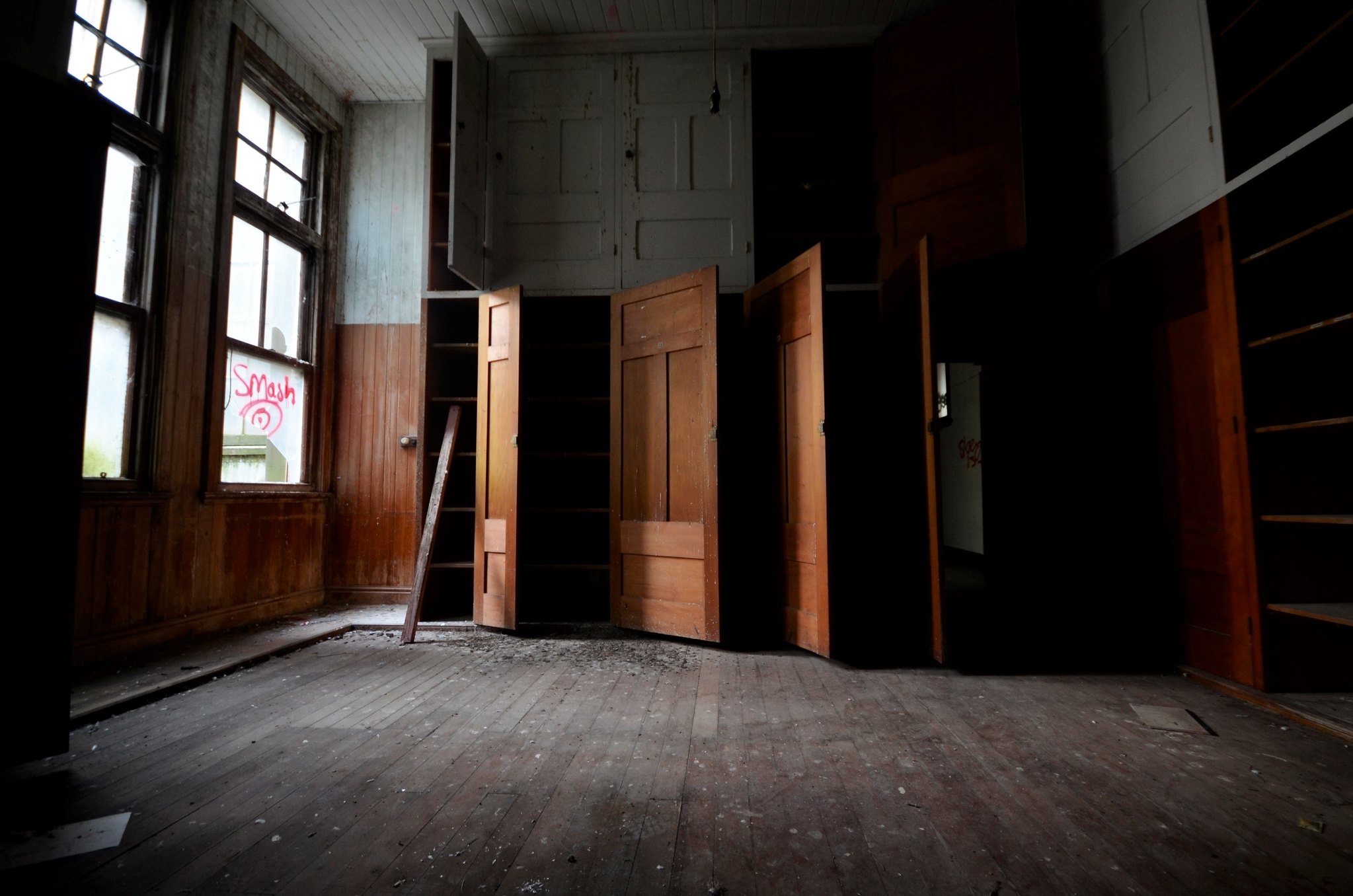 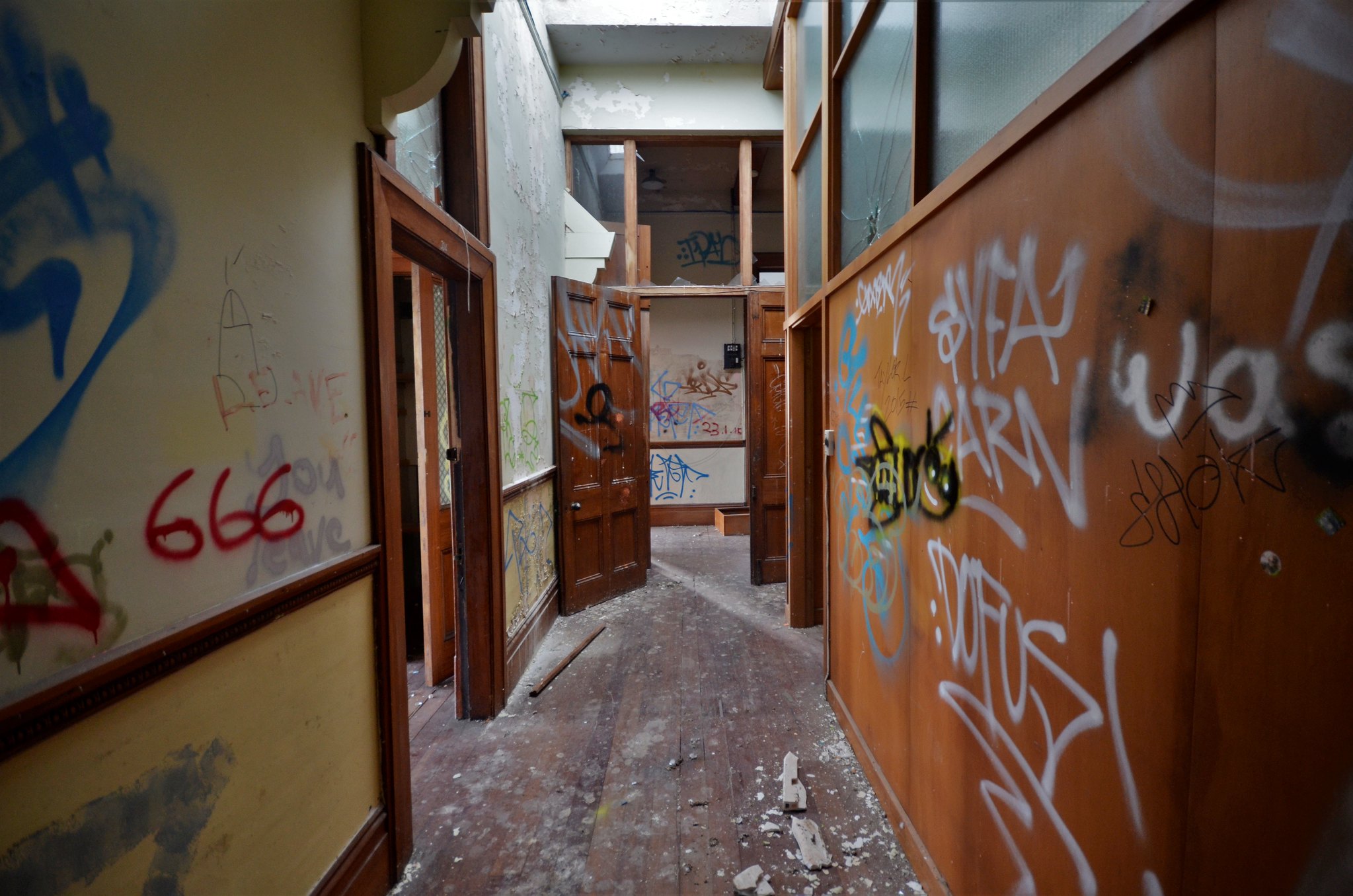 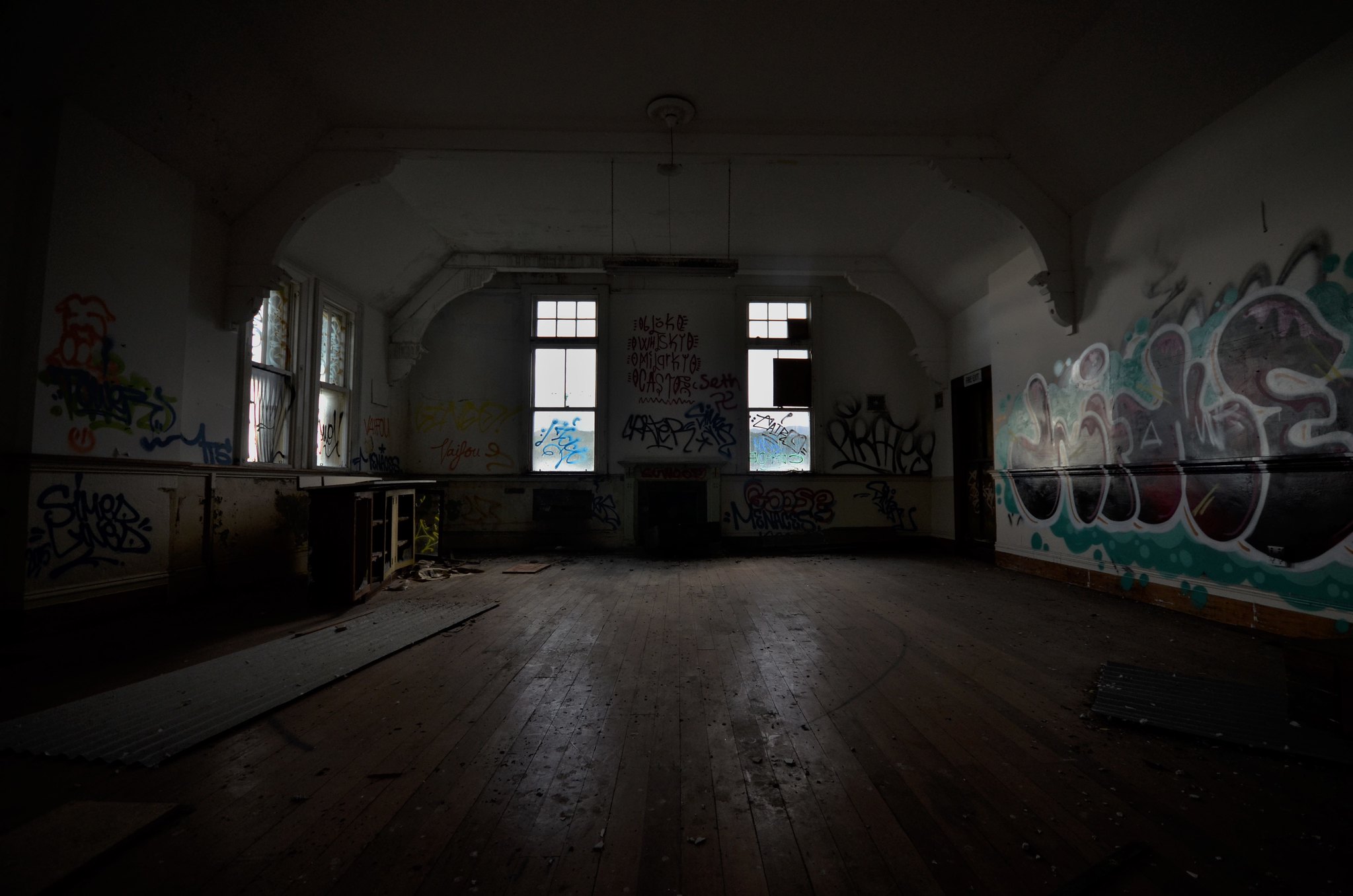 “Black Palace” (Damnak Sla Khmao) was a little summer palace of King Sihanouk, abandoned sometime in the late 1960’s or early 1970’s. It’s located on Bokor Hill Station in southern Cambodia. The “Palace” itself is not on a grand scale, but the overall spectacular location and many outer buildings must have been fairly impressive in its day.

The hill station was built as a resort by colonial French settlers as an escape from the heat, humidity and general insalubrity of Phnom Penh. Nine hundred lives were lost in the nine months during the construction of the resort in this remote mountain location.

The centrepiece of the resort was the grand Bokor Palace Hotel (which has never been a casino) inaugurated in 1925. See previous video- “Casino Rouge”. It was used as the location for the final showdown of the excellent Matt Dillon 2002 movie, “City Of Ghosts”.

Bokor Hill was abandoned first by the French in late 1940s, during the First Indochina War, because of local insurrections guided by the Khmer Issarak. It was only in 1962, for the reopening of the “Cité du Bokor”, that a casino was established in the new hotels near the lake, (Hotels Sangkum and Kiri). Some buildings were added at this time: an annex for the palace, the mayor’s office and a strange mushroomed concrete parasol.

The Bokor mountain was abandoned again in 1972, as Khmer Rouge took over the area. During the Vietnamese invasion in 1979, Khmer Rouge entrenched themselves and held on tightly for months. In the 1990s Bokor Hill was still one of the last strongholds of Khmer Rouge.

This large (by NZ standards) purpose built former tertiary institute expired at around the same time this Kodak Ektar 64T film did. And just like this 35mm expired film, it is apparently getting another lease of life. There are new owners and supposedly new occupants- but the only life we saw were some homies running their dogs (who tried to have a go at us); an alleged owner who asked what we were taking photos of (selfies of course) & told us to leave; and an elderly security guard who said- just leave. One of UC have a particular connection to this place, having kind of studied (sic) here when it was still a place of education- not stagnation.

Getting all religious at an historic abandoned chapel recently…

This former quarantine station was first opened in 1872 for people arriving New Zealand with contagious diseases. The facilities were refurbished and extended in 1918-19 and were maintained in readiness until World War II (1939-45) but were little used. The accommodation blocks were used in both World War I and World War II to house interned “enemy aliens”. For over 100 years, beginning in the early 1880s, it also served as an animal quarantine station. Animals arriving in New Zealand from other countries were quarantined on the island for 30–60 days to check they were free of disease. Blood samples were taken regularly and tested. Each animal was also treated for internal and external parasites.

In 1971 this particular facility, a maximum security animal quarantine station was completed. Until then, New Zealand had only ever imported livestock from Britain, Australia and Canada. The idea of a maximum security animal station was to enable scientists and geneticists to study new exotic breeds from outside of these ‘safe’ countries. When the station received its first shipment of animals in March 1972, it was the most sophisticated facility of its kind in the world. This allowed for the importation of a more diverse range of exotic animals such as elk, red deer, alpaca and llama, and capacity to hold more of the traditional imported livestock. In 1985 a scheme was introduced to import ova and embryos of cattle, sheep, and goats for implantation into New Zealand livestock. This inadvertently lessened the need for quarantine stations. It meant that existing livestock lines could be diversified rather than relying on importing. The quarantine station was closed in 1995.

We explored this former Italian restaurant two years ago, just prior to demolition. Remiro Bresolin, a flamboyant pioneer of Italian cuisine in New Zealand and legend of Wellington’s social scene, took drab Wellington and gave it a splash of Italian colour. For nearly 30 years his Il Casino restaurant was a capital icon and a mecca for food lovers everywhere. The restaurant closed just prior to his death in 2007 and in it’s place now stands another inner city apartment block.

This former conference and accommodation complex- closed due to being “earthquake prone”- is still very, very vacant…

At the fringe of this neglected community garden area, there was a strange, landscaped new-age prayer circle thing. It wasn’t peaceful, inspirational, meditative etc… just a bit weird, kitsch, humorous, tacky and kinda creepy. The amphitheatre, inspired by something called the Vortrovia Vision, is apparently called an “Amphenium”. Wow, if it’s got a cool name like that it’s got to be pretty impressive, right? Wrong!

More quotes from the beautifully presented(sic) informational details onsite: “This local/universal, sacred/secular, aesthetic/functional built & landscaped environment, called the “Amphenium,“will serve some of the following purposes; a spiritual-cultural arts centre, a solar power generator & multi functional performance venue, a kinetic work of art and tourist attraction, a 24/7 online multi-media experience, a showcase for new environmentally friendly technology, a planetarium, a site for celebrating seasonal and astronomical events (eg. solstices/equinoxes), a sculpted park featuring medicinal flora & works of art reflecting spiritual, mythical, astrological & cosmological themes: the wellspring generator, portal to & birthplace of a sustainable new world. Access to the apex of the dome would be catered for by an egg shaped capsule. As it ascends it will revolve & open up like a flower into 8 horizontal segments.” Hmm- that’s one helluva multi-functional venue… the UFO landing dock was missing though 😉

It’s not everyday you see someone walking along the street wearing a full NBC (Nuclear, Biological, Chemical) suit–  but today was one of those days. We turned the car around and followed the shuffling figure, thinking they must have just been let out for the day. As we got out of the car and approached, gesturing with the camera and asking if we could take photos, he said in a muffled voice “okay”. As it turned out he was a student from the local high school and must have been about 16 or 17. There had been some sort of costume day at school, and being a military buff he had decided to wear the full chem-suit to school. He explained (without taking the mask off) that he had purchased the suit/mask etc in Russia and that his family was from there and Ukraine (Odessa). Then he waddled off up the hill towards home…

A re-posted video of Petone College from early 2013. This former high school- abandoned, vandalized and the victim of numerous arson attacks- has finally been euthanized to make way for a retirement village. Escuela Mala loosely translates as “bad school” in Spanish.