Located in a sleepy town that has had its fair share of earthquakes lies this little aquarium on the wharf, abandoned and closed down due to earthquake damage. In operation, it seems the aquarium was well loved and although small was full of interactive activities for children who visited.

Due to an injury this explore posed a little bit of a challenge to UC but thanks to fellow explorer DerelictNZ we were able to successfully explore this place and enjoy its wonder; such as an inflatable shark, not quite the infamous Melbourne shark but close enough. 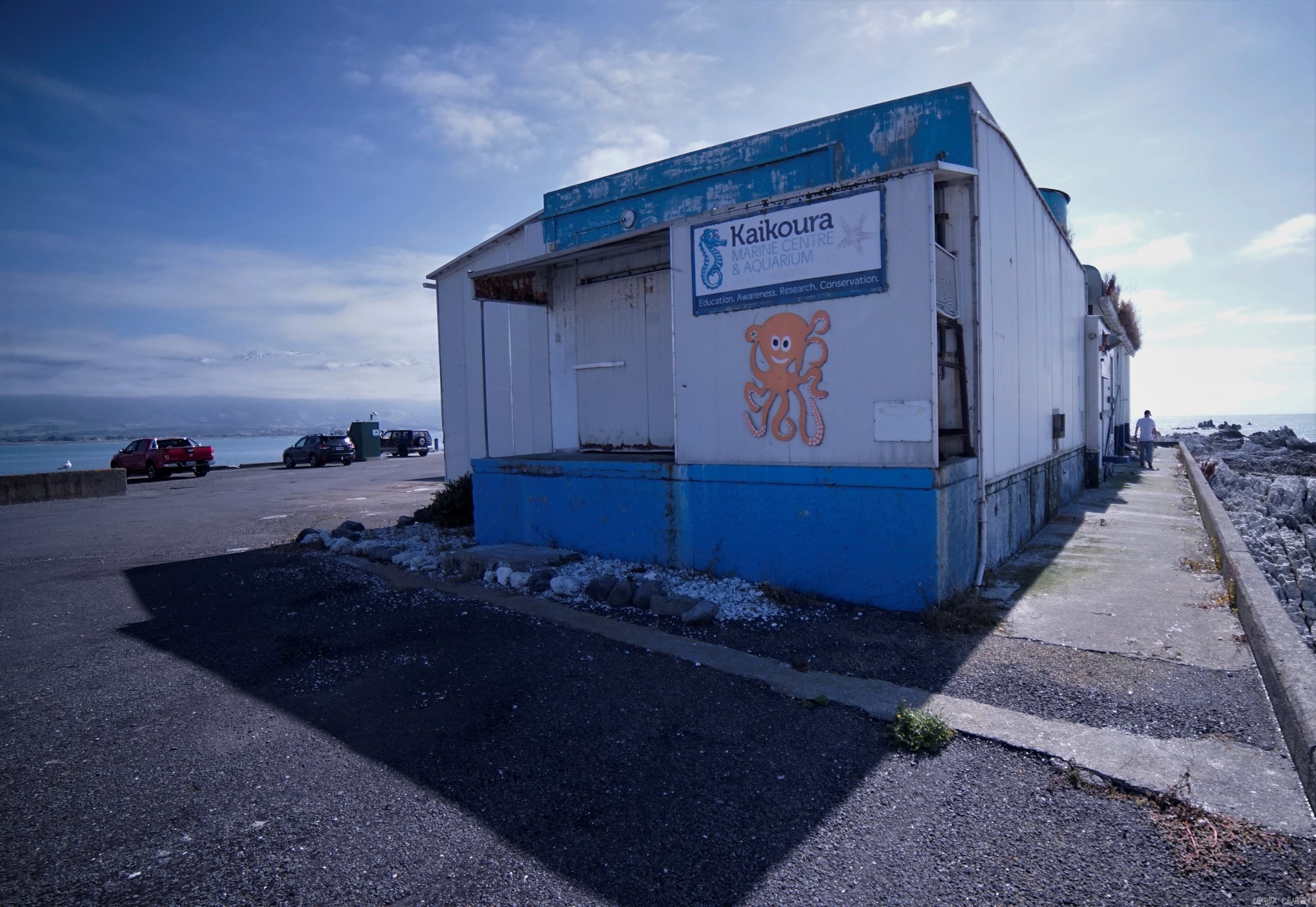 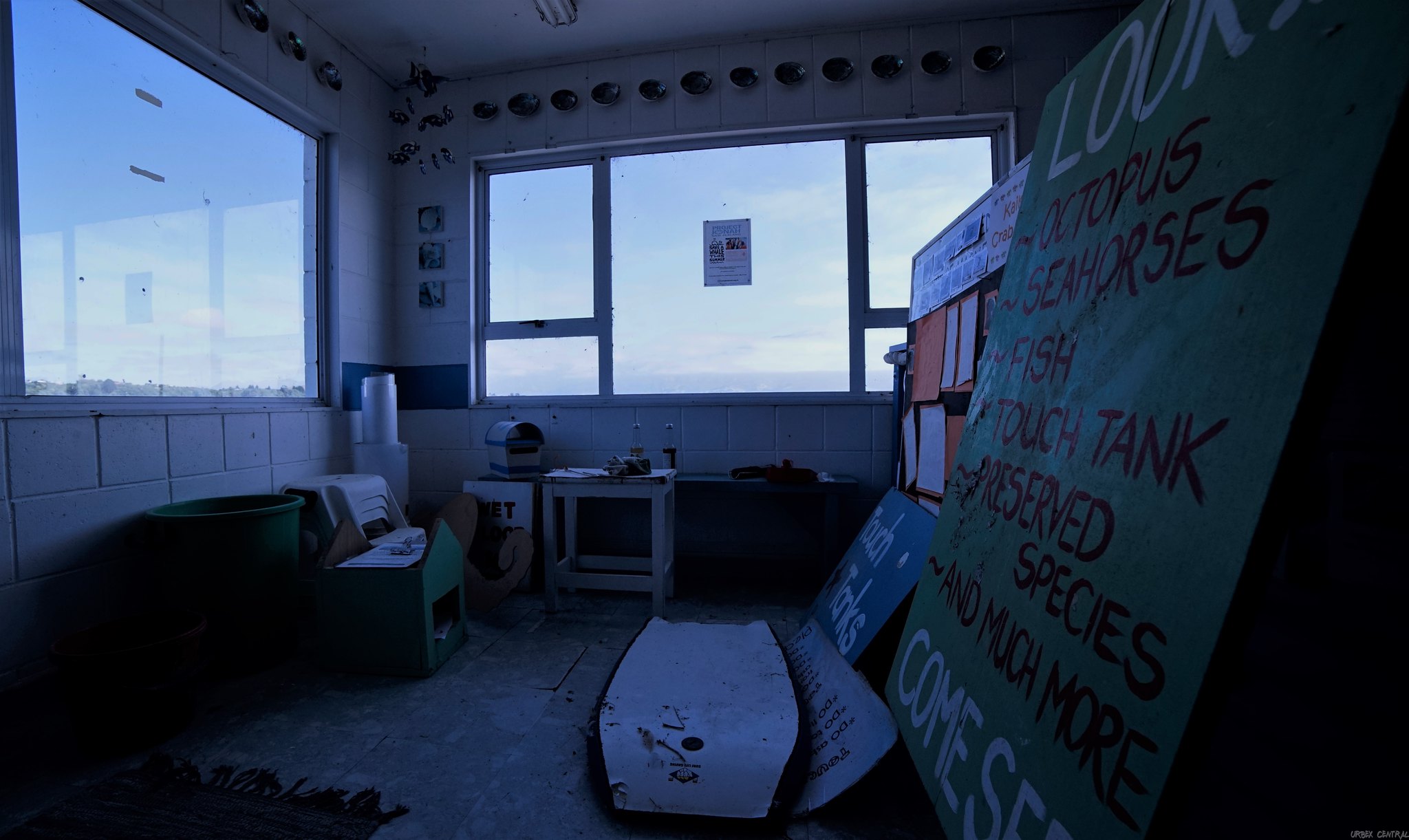 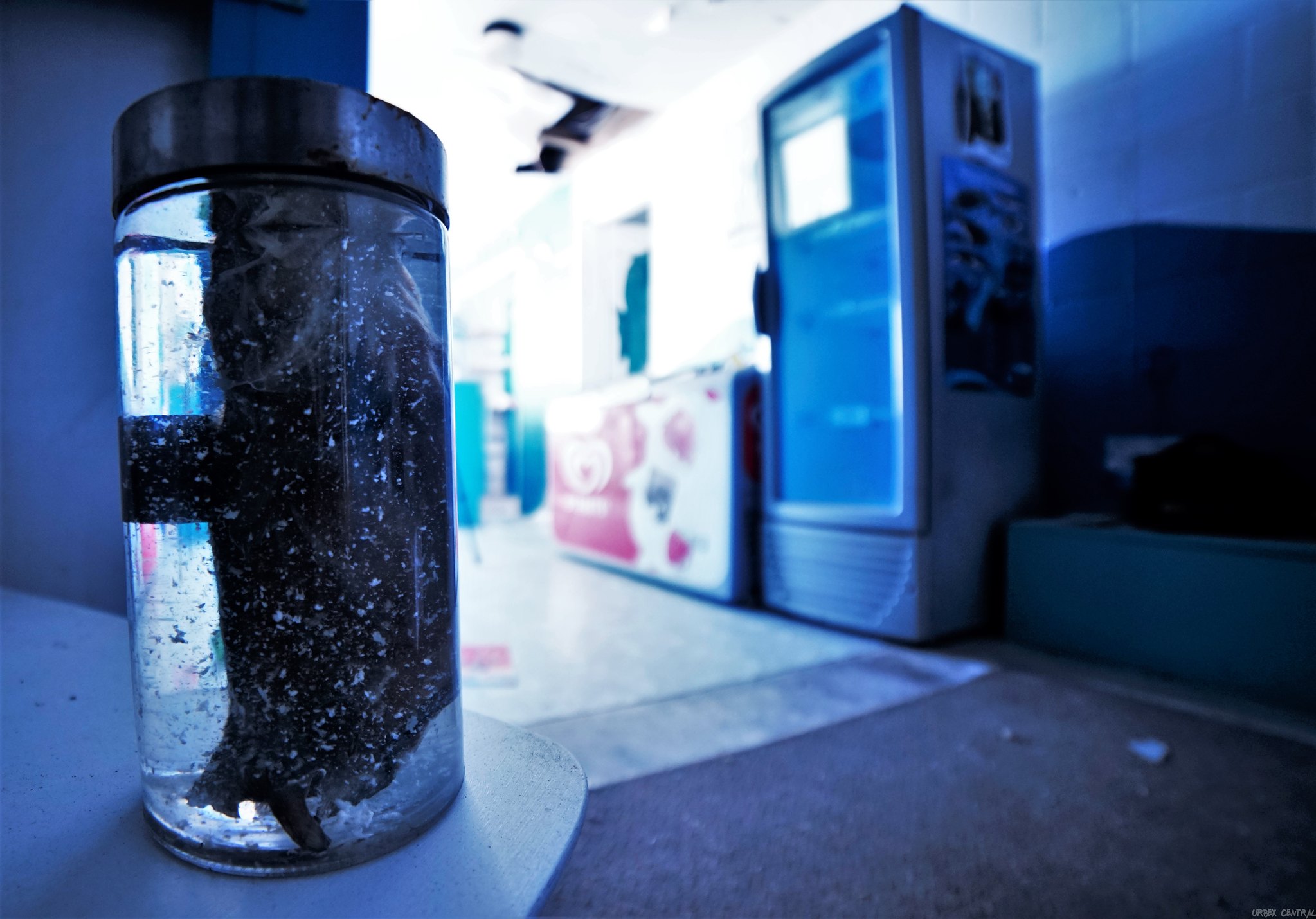 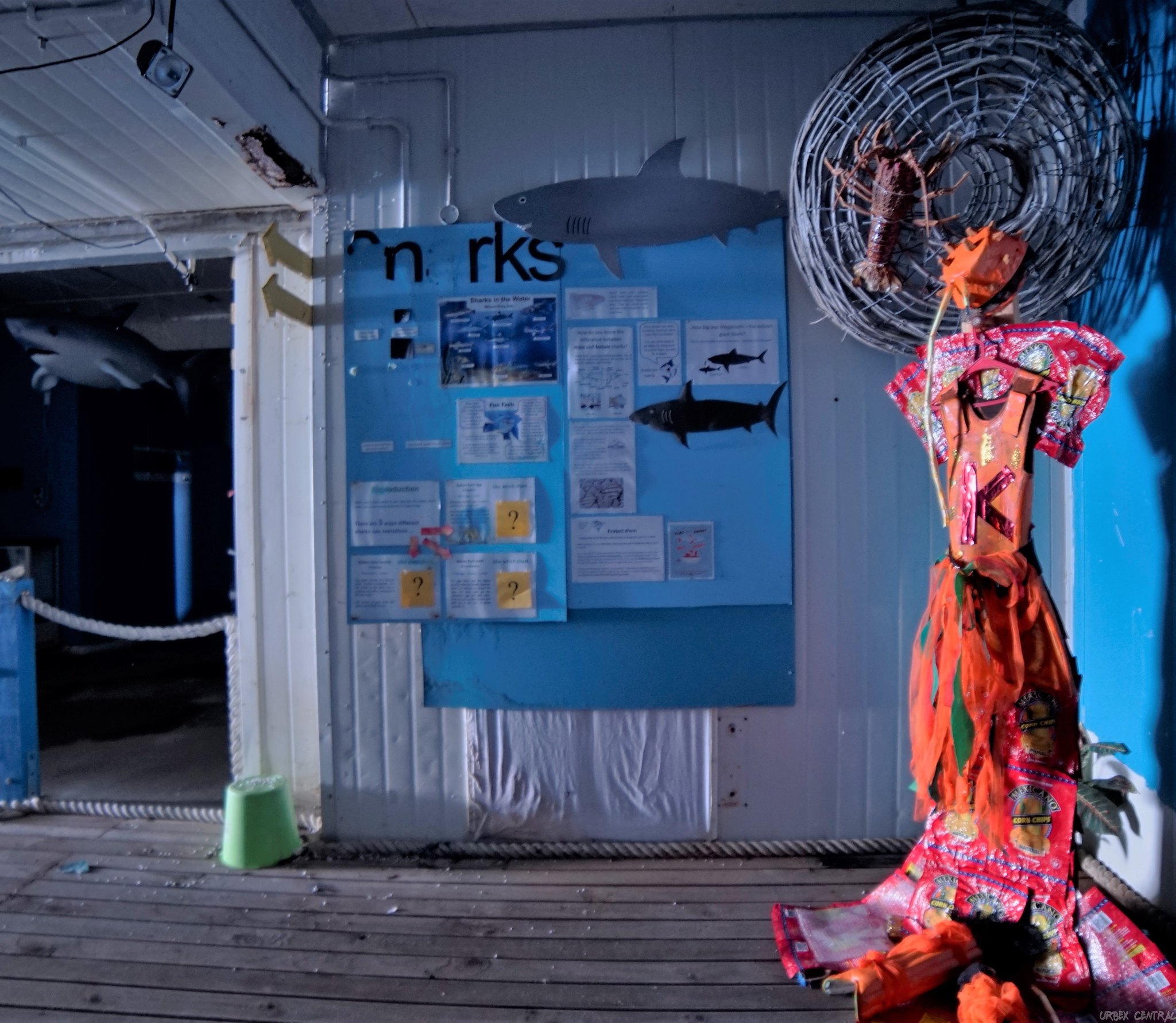 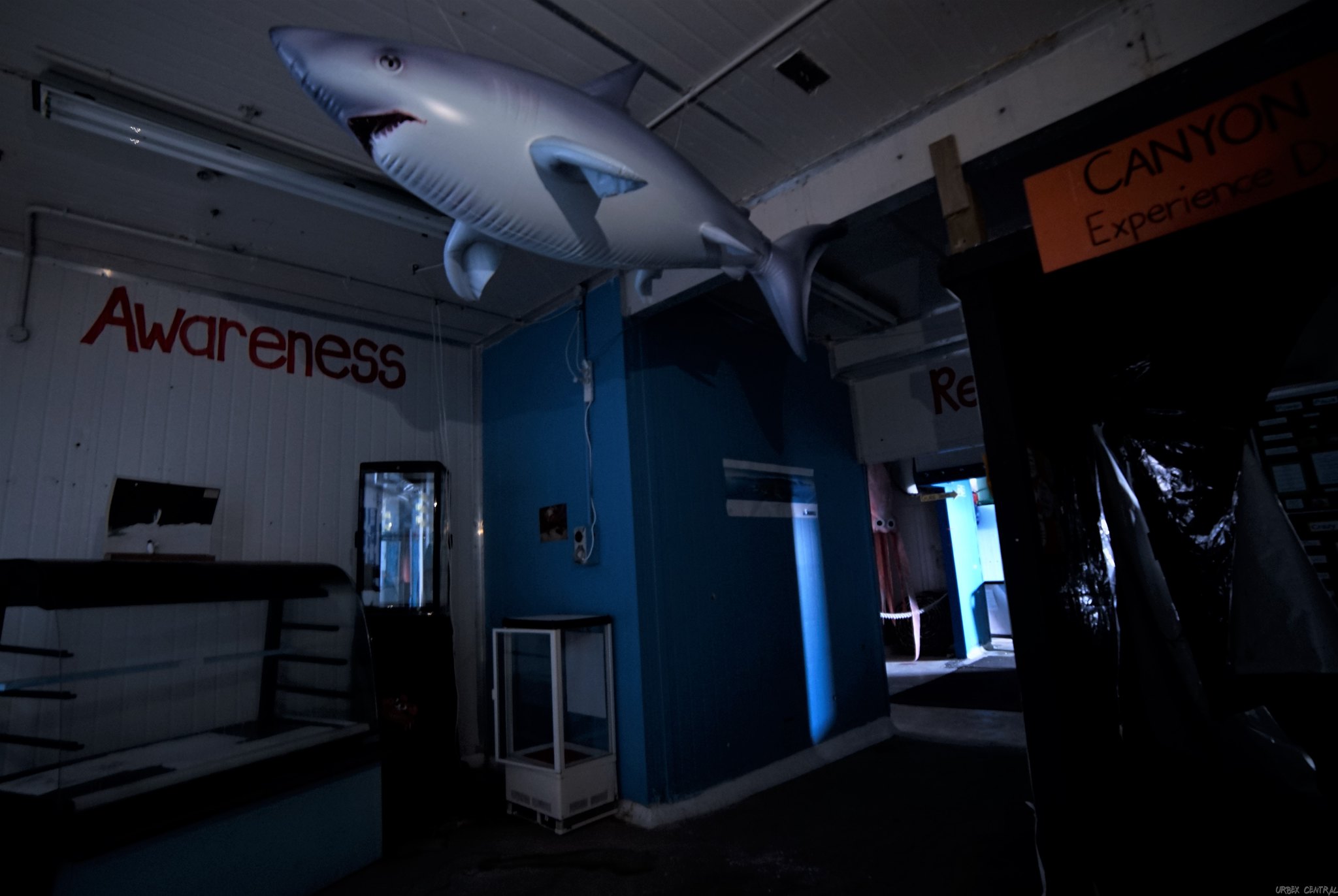 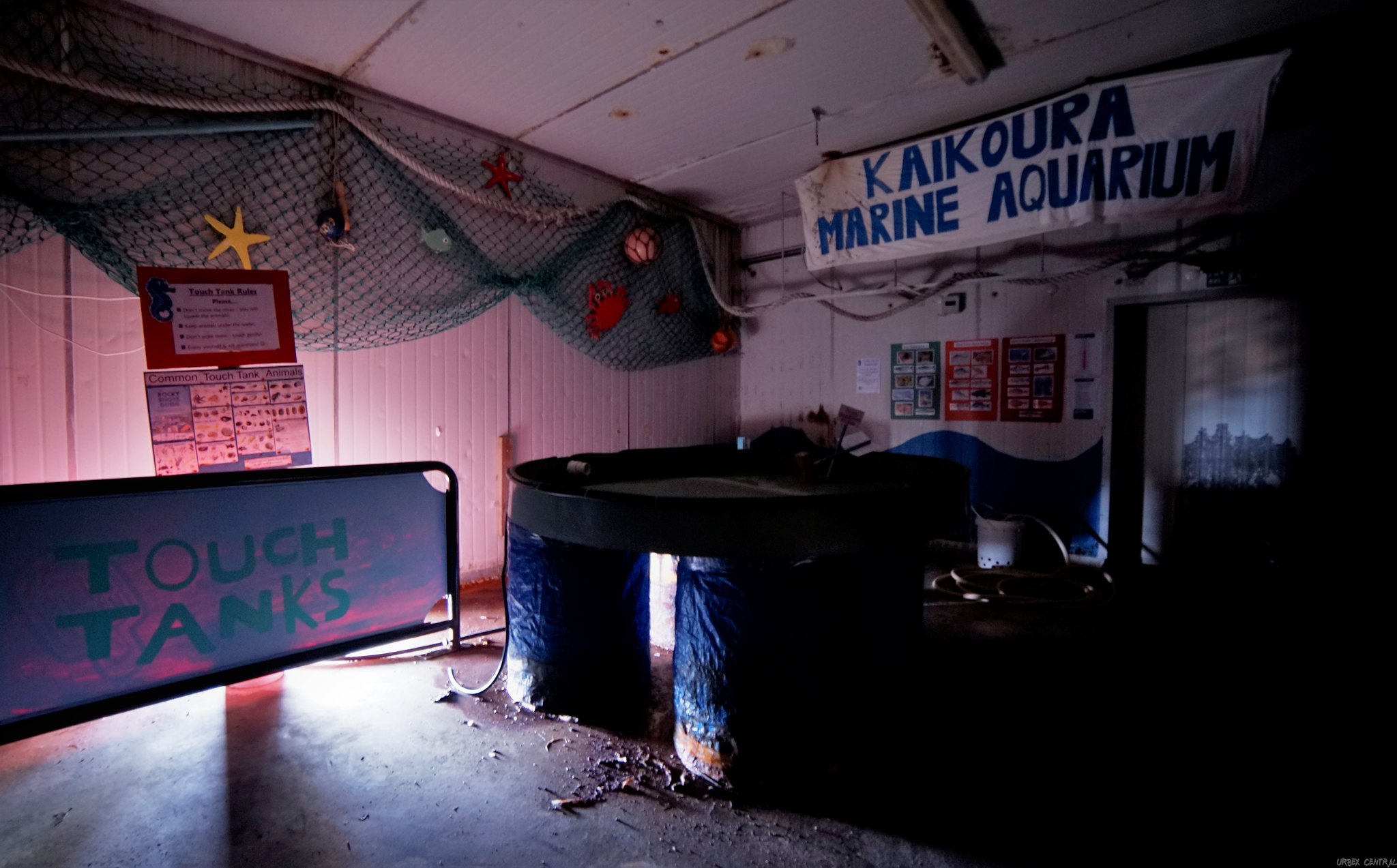 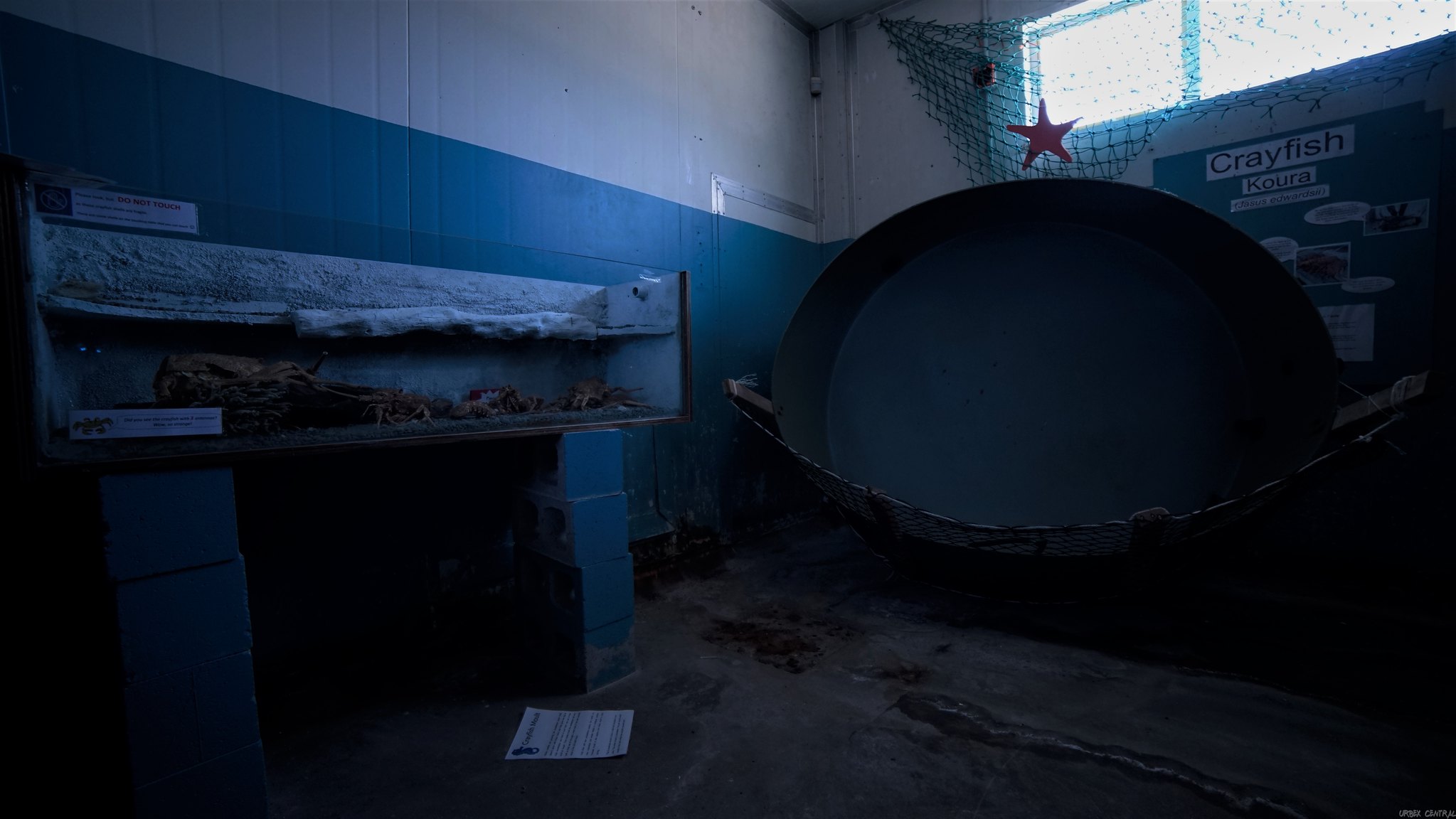 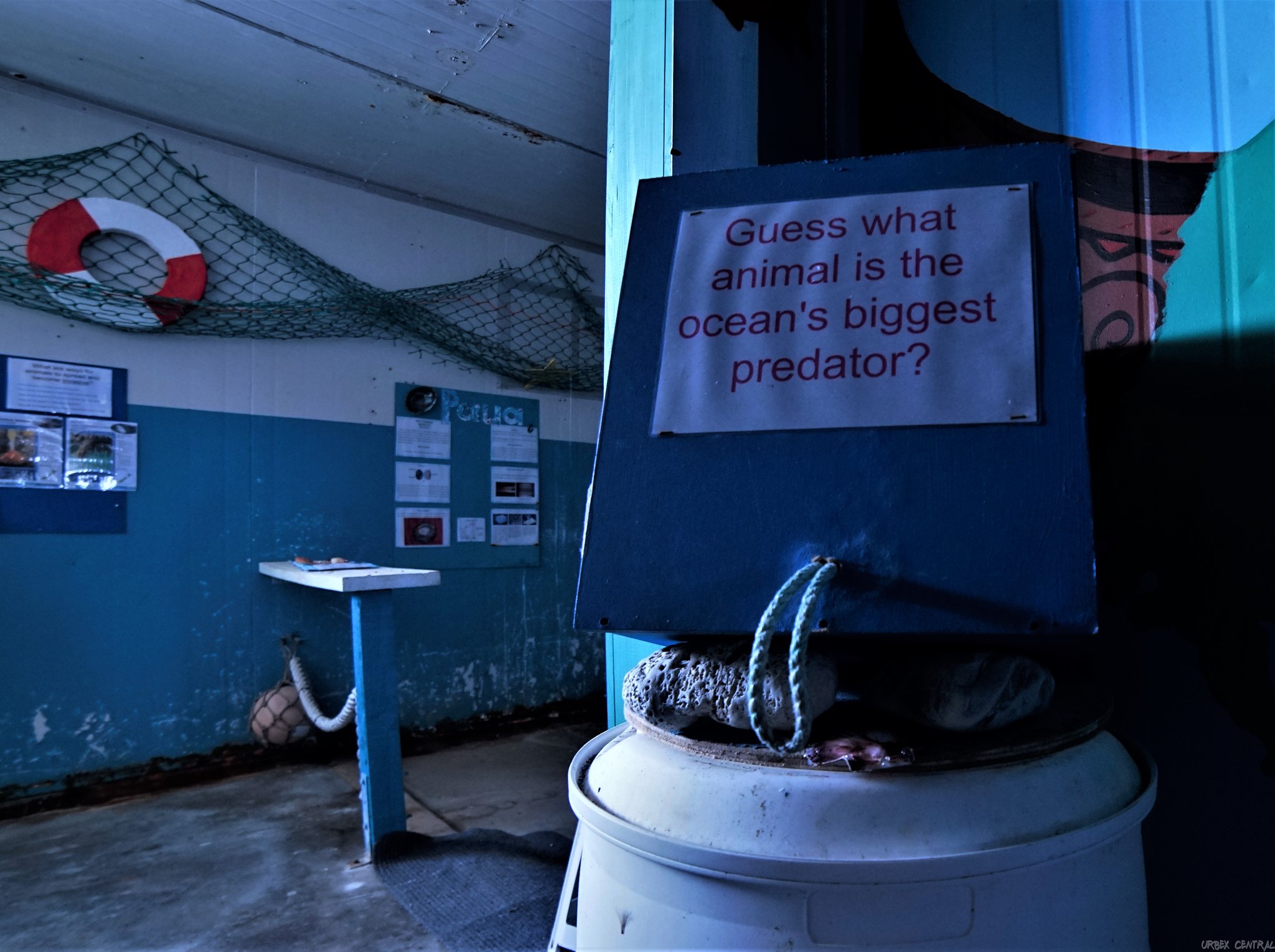 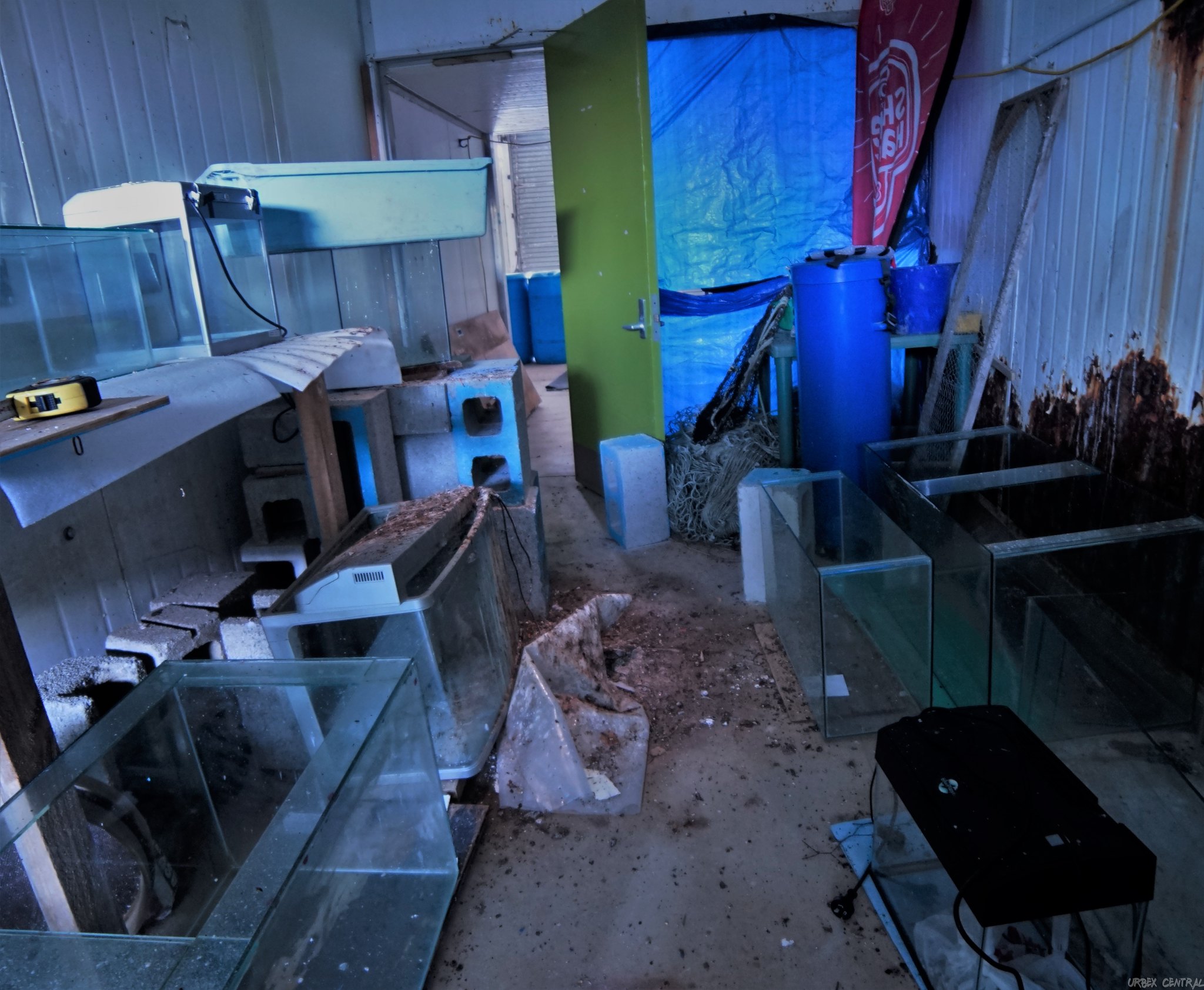 It had always been on Urbexcentrals ‘to do list’ to find a abandoned court house, imagine the fun of acting out awaiting a sentencing in the dock! Perhaps even a trial surrounding artistic freedom and taking photos in forbidden places 🙂

The court house was built over a hundred years ago and was heated by 10 separate coal fires up until the 1960’s, a reflection on how the courthouse had been serving a bygone era, something which finally led to it’s abandonment and saw a new court house being built in 2006. A somewhat unique feature of the court house was that there was also no public waiting area, with people being forced to retire onto the streets, under the foyer of the nearest pie shop awaiting their sentencing.

This explore went smoothly and as always we were in and out with our pictures in a flash, we left feeling excited to have finally accomplished our goal of an abandoned courthouse but a little underwhelmed in what the interior of the building offered us in comparison. I suppose it makes sense, a symbol of justice to outsiders in contrast to a bleak interior that awaits criminals upon sentencing.

This derelict and forgotten film set was never actually used for filming as the movie was mothballed after running out of money. The set still stands waiting for its film crew and producers to perhaps one day return.

Exploring this abandoned movie set in the middle of rural New Zealand countryside was quite the experience, as we wandered through the film set which was designed to look more like Jerusalem than New Zealand it felt like we were entering some kind of cartoon world. Everywhere we ventured was artificial and built by film set designers, from the walls and floors to the odd props and building materials that were left lying around and never used.

Built out of New Zealand native kauri wood in 1899 and the largest structure in New Zealand around in its time, this grand mansion is slated for demolition following extensive earthquake damage.

The mansion was built lavishly both inside and out for a Scottish immigrant Allan McLean, and its beauty is resounding even in its currently dilapidated state. McLean donated his mansion to women’s education upon his death, a worthy cause – we hope McLean’s can eventually be restored and not demolished.

Exploring one of Christchurch’s last grand mansions still standing brought emotions of amazement and sadness as we looked around its unique beauty and its so-far-decided future, demolition.

The information I had surrounding this location sounded almost mythological, an abandoned North Korean prison movie set in Queenstown?

Since access to the mountain had been closed for the last five years, I had to go in the hard way, straight up the sheer face of the mountain! A few cuts and bruises later navigating dense bush, deer and goat I finally reached the top.

What greeted me felt so out of place, an old North Korean prison surrounding by beautiful Queenstown scenery, Awesome!

Cargill’s castle is located on a beautiful position overlooking the pacific ocean, it is one of only two castle’s in New Zealand.
Gutted by fire and restored in the 1940’s to be abandoned in ruins till present day this castle is protected by a trust who are trying to fun raise to turn the castle into an attraction, sadly there seems to have been little progress since 2012.

This was a fun little explore and is a well known landmark between locals of Dunedin, the castle used to even have it’s own private access to a beach down a winding staircase, which has now fallen to disrepair, it is rumored the cliffs surrounding have played victim to numerous suicide jumps throughout the years and access to the cliff is now fenced off.

Standing proudly on top of the hill overlooking a lower South Island town, this once-grand hospital now sits decaying and derelict. Little positive future can be foreseeable aside from demolition for this location as the buildings were purpose built as a hospital and not a motel, there are simply too many buildings and grounds for the owners to know what to do with. The hospital-turned-backpackers was opened on 2 December 1872 and closed in 1998, much of the site including its operating theaters, x-ray, psychiatric and emergency departments have been abandoned since.