Anyone visiting Rarotonga for more than a few days, will probably have heard of (or seen) the doomed and abandoned Sheraton resort on the south coast. For a tiny country (pop. 14,600) which earns half of its income from tourism, completing the project is seen as vital.

The history of the project dates back to 1987 when the Cook Islands Government signed a deal with an Italian bank, after being unable to attract the required foreign investment. The Government acted as guarantors for the NZ$52 million loan and agreed to an Italian company’s bid to build Rarotonga’s first luxury 5-star 200-suite hotel and golf course. Sheraton signed up to manage the property and work began on its construction in 1990.

However within a few years, the lion’s share of $52 million disappeared down a black hole carved out by the mafia and other crooks- the project was 80% complete when the insurance firm cut off funding to the builders. Since then, Rarotongans have seen a steady flow of foreign receivers, consultants, con men, lawyers, bankers and developers trying to figure out what to do with the site. The country’s finances were crippled as the government’s liability ballooned to $122 million, and taxpayers are still saddled with the interest bill. The issue of who owns the hotel has been stuck in the courts for years.

Many locals think the project was doomed from the beginning, after a curse was thrown on the site in 1911- after More Uriatua was shot dead by William John Wigmore, following a bitter argument over ownership of the land. At the project’s official launch, Metua More’s grandson, More Rua turned up dressed as a high priest in warlike regalia, intoning the resurrection of his grandmother’s curse. He ended by slamming his spear into a rock onto which a plaque had just been unveiled by the Prime Minister, marking the beginning of the Sheraton project. When the rock split to ground level, the locals saw it as a sign that the resort was still cursed and doomed. It still lies abandoned and derelict today, with no new grand plans of completing The Lost Resort. 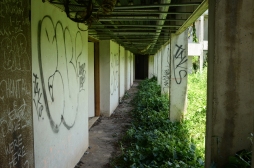 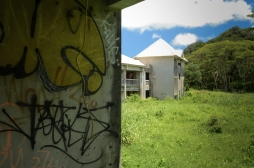 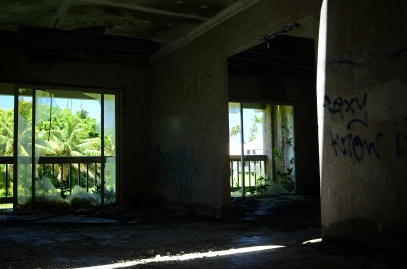 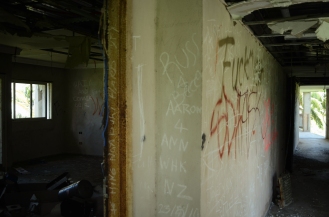 3 thoughts on “The Lost Resort” 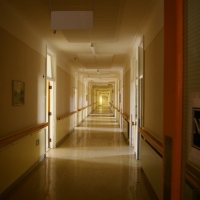